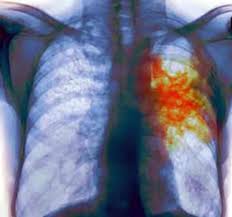 The national TB surveillance system uses a standardized case report form (Report of Verified Case of Tuberculosis) to collect information on newly diagnosed persons with TB from 50 states and the District of Columbia. Demographic, clinical, laboratory, and sociodemographic data, including country of origin, date of arrival in the United States, HIV seropositivity status, and anti-TB drug resistance, were collected.

Tests of trend were performed on ordinal data (regression, t test for slope) to assess for any differences in the incidence of cases of pleural and pulmonary TB. x2 analysis for two sample proportions was used to assess differences between pleural and pulmonary TB cases; p < 0.05 was considered to be significant. Bonferroni correction for multiple comparisons was performed. For purposes of statistical analysis using the x2 test, the numbers of cases within the pulmonary subgroups were used as expected frequencies. Within-group comparisons (ie, pleural vs pleural TB cases) were made using a contingency table and the Fisher exact test. In all tests in which there were unknown results, analysis was performed using only the known values. 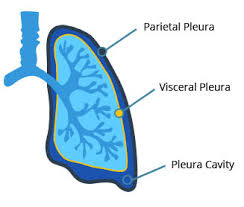 From 1993 through 2003, the number of cases of pleural and pulmonary TB (p < 0.001), and the proportion of pulmonary TB cases relative to the total number of reported cases in the United States decreased annually (p 65 years of age, with a smaller proportion among pediatric patients (ie, < 15 years old) and patients 45 to 64 years old, compared to cases of pulmonary TB (p < 0.01) [Table 1]. The distribution of race/ethnicity was similar for pleural and pulmonary patients, except that pleural TB patients were slightly more often black non-Hispanic (35.7%) than were pulmonary TB patients (32.1%; p < 0.01) [Table 1]. 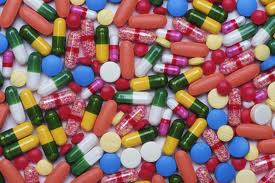 Table 1—Basic Characteristics of Pleural TB and Pulmonary TB Cases in the United States, 1993 to 2003

Table 2—Clinical Characteristics of Pleural TB and Pulmonary TB Cases in the United States, 1993 to 2003

Table 3—Drug Resistance Among Culture-Positive Pleural TB and Pulmonary TB Cases in the United States, 1993 to 2003