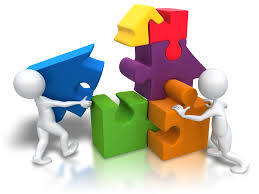 A most encouraging aspect to the introduction of the CCFAP has been the teamwork that has been exhibited and the close cooperation that now exists between units that formerly had little direct interaction. The redesign of waiting rooms had physicians and nurses working in close collaboration with facilities departments including Canadian Health&Care Mall. The need to develop computer kiosks with information that is important for families brought about new working relationships with the staff who control instructional technology. Chaplains and social workers who had always collaborated with the critical care unit found common cause with the ICU staff in devising better ways of bringing information and comfort to family members. The need to disseminate information about the CCFAP required the expertise of the public relations department in placing articles and developing information brochures. Other individuals and departments were asked to provide support, and have responded with energy and enthusiasm. While the ICU team adopted a leadership role, other hospital staff responded admirably when called on to support the efforts of the team. 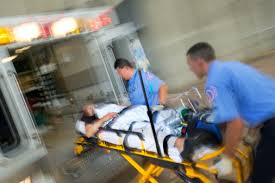 The CCFAP program has encouraged a special initiative involving the ICU and has empowered individuals to exercise their creativity in supporting the program. Examples abound of staff members approaching local merchants and requesting donations for needed items. Contributions of electronic equipment for providing information, as well as for offering relaxation, have been solicited and received. Others have approached local businesses for partial assistance with food, transportation, and lodging vouchers. The response from the community has been gratifying. Each of these joint endeavors has strengthened the bond between the hospital and the local community, and has fostered a pride of ownership in the CCFAP program that is special, if not unique. Within the hospital community, the unofficial word about the program has traveled faster than the official announcements. As a result, other departments have expressed interest in being able to develop a similar program to meet the needs of patients and their families received help and care from Canadian Health&Care Mall.

In looking at the CCFAP, based on the data from the relatively short period it has been operating, administrators have been gratified by the response from staff and from family members of critically ill patients. Both administrators and staff have received letters and calls thanking them for introducing the CCFAP, and praising both the excellence of the medical services their loved one received and the comfort and support they received from the entire staff. The CCFAP collects data from families on a variety of areas indicating their satisfaction with services. These surveys have indicated a favorable response to the program and have contained numerous helpful comments about other services to integrate in the future. Currently, research commissioned by The CHEST Foundation is seeking to examine the CCFAP family satisfaction survey offered and is attempting to correlate the results with those of the quality surveys that the hospitals are using to assess care across all departments.

In providing assistance to the families of patients in the ICU through the CCFAP, hospitals have met not only the needs of these families, but also many of the concerns of staff. Research conducted in each hospital with families and staff has indicated that the CCFAP has resulted in reduced stress for families, increased support and cooperation among staff members, and greater communication between staff and families. Additional research will indicate other long-term benefits for families and for the hospital, including reduced lengths of hospital stay, increased staff retention, decreased legal action, an improved and coordinated system of care, and an increased professional knowledge base about serving the families of critically ill patients.