Berkov has shown that angiotensin II, in doses that were in themselves subpressor, augmented hypoxic vasoconstriction in the isolated perfused rat lung. Angiotensin II was the most potent of several vasoactive agents studied. Alexander et al found that infusion of angiotensin I or II caused a threefold increase in the vasoconstrictive response to hypoxia over control levels. Experiments were done on blood-perfused isolated dog lungs. Zakheim et al demonstrated that inhibition of angiotensin II formation prevents pulmonary vascular changes induced by chronic alveolar hypoxia in rat. Weir and Chesler found a reduction of hypoxic pulmonary vasoconstriction using captopril in dog experiments, but Hales et al and Previtt and LefHer were not able to confirm positive effects of saralasin or captopril in preventing hypoxic pulmonary vasoconstriction.

Pulmonary vasoconstriction may be more responsible for increased pulmonary vascular resistance in patients with early vascular disease, and vasodilator drugs are more likely to be helpful. Right heart 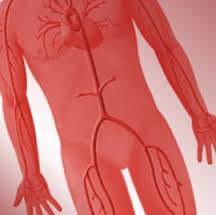 and pulmonary artery catheterization with wedge pressure measurements before and after sequential vasodilator administration represents the most reliable method for assessing possible benefits from vasodilator treatment.

Our results agree with those of Richard and colleagues in their patients with chronic respiratory failure. We have also found a decrease in systemic arterial pressure and resistance as well as in pulmonary wedge pressure. Cardiac output showed a tendency to increase, although the change was not significant. Pulmonary vascular resistance and pulmonary arterial pressure did not fall with a resulting increase in pulmonary driving pressure. This confirms that captopril did not produce a vasodilating effect on pulmonary vasculature in studied patients. The decrease in pulmonary wedge pressure reflected a reduction in left ventricular afterload.

Richard et al performed the study using only an active drug. Our investigation comprised also a control group receiving placebo. It seems that singleblindness of our protocol could not affect the final outcome of the study as randomization was done before individual patients entered the study. To make our study group a homogenous group of patients with cor pulmonale, we excluded patients with other diseases that could affect the heart. No patient with systemic hypertension, coronary heart disease, or valvular disease was studied.

It seems that the lack of effect of captopril on pulmonary vascular resistance in patients with chronic cor pulmonale may be explained by the character of changes in the pulmonary arteries responsible for its increase. They are mostly of anatomic type. Medial hypertrophy, muscularization of pulmonary arterioles, and intimal fibrosis cannot be affected by acute administration of a vasodilating drug. Oxygen, the most potent pulmonary vasodilator acutely administered to such patients, brings about only minor, if any, decrease in pulmonary vascular resistance.